Zenith’s birth was something like a bet, the idea was to make a coffee pot out of wood,  which is not exactly a matter someone would use to be heated on a stove. The upper wood half is fastened to the boiling chamber with other coupling metal rings and washers that contribute to the dissipation of heat. 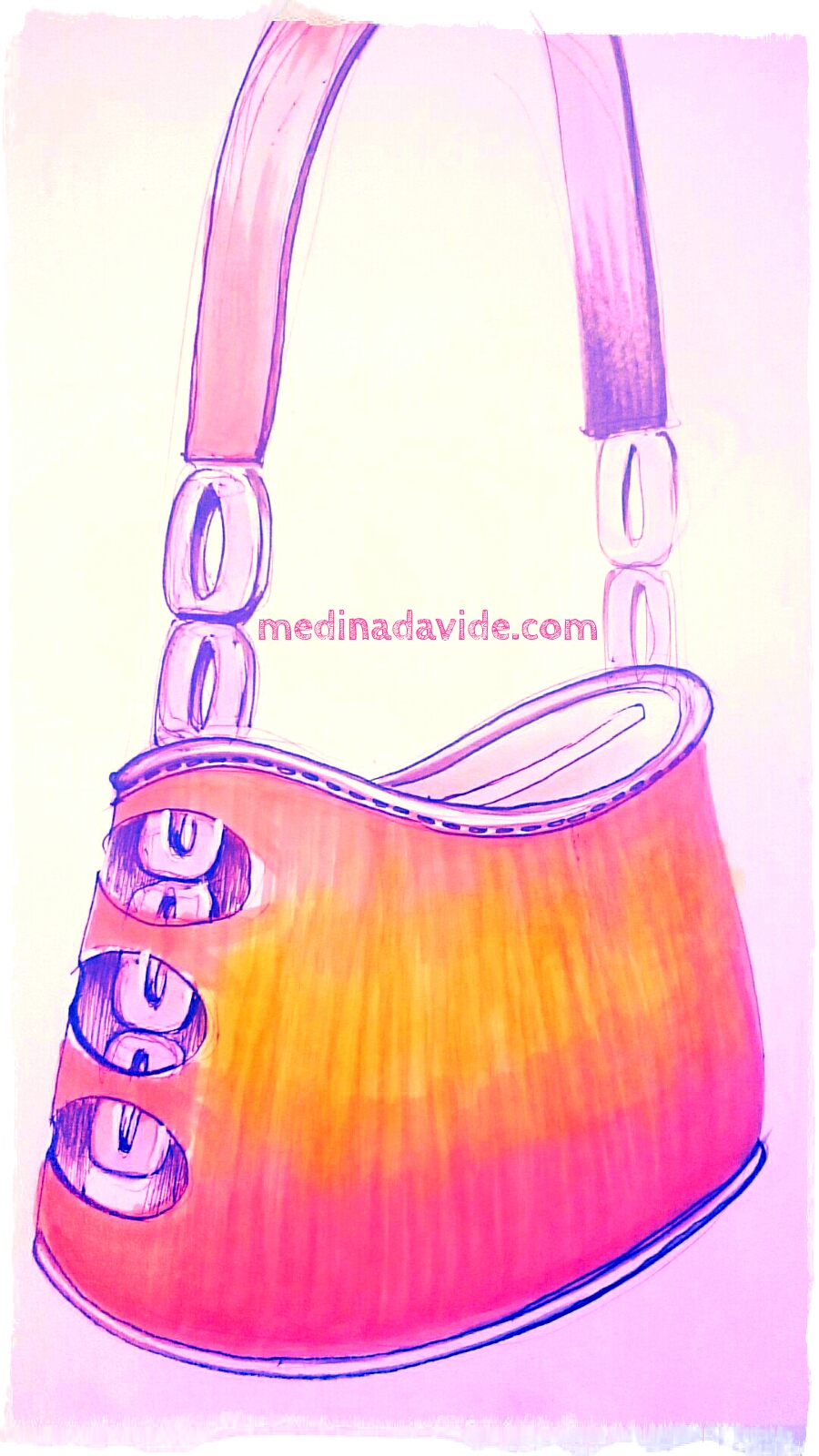 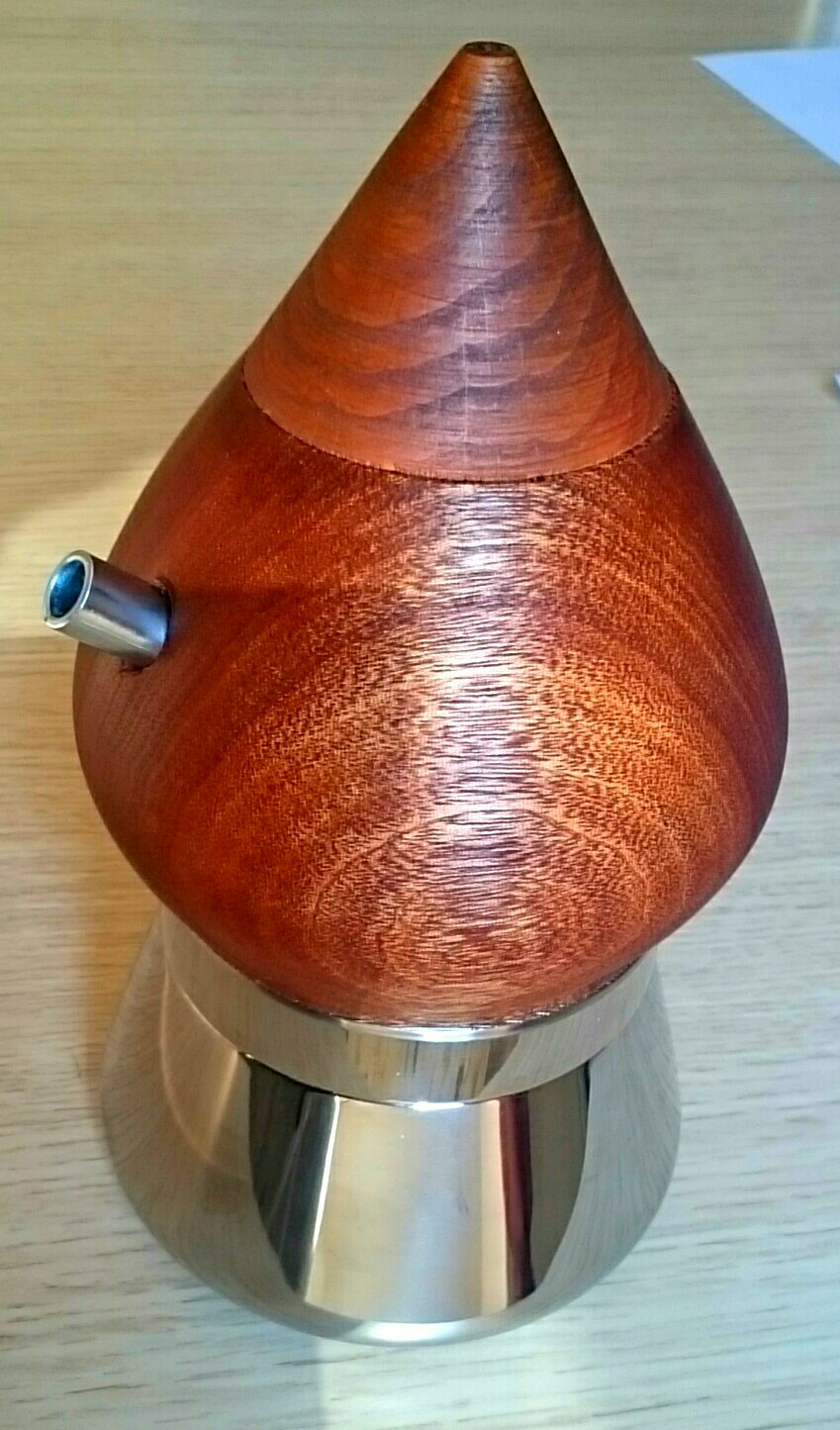 Zenith is a one of a kind coffee pot with the upper part (collector) entirely made by wood. 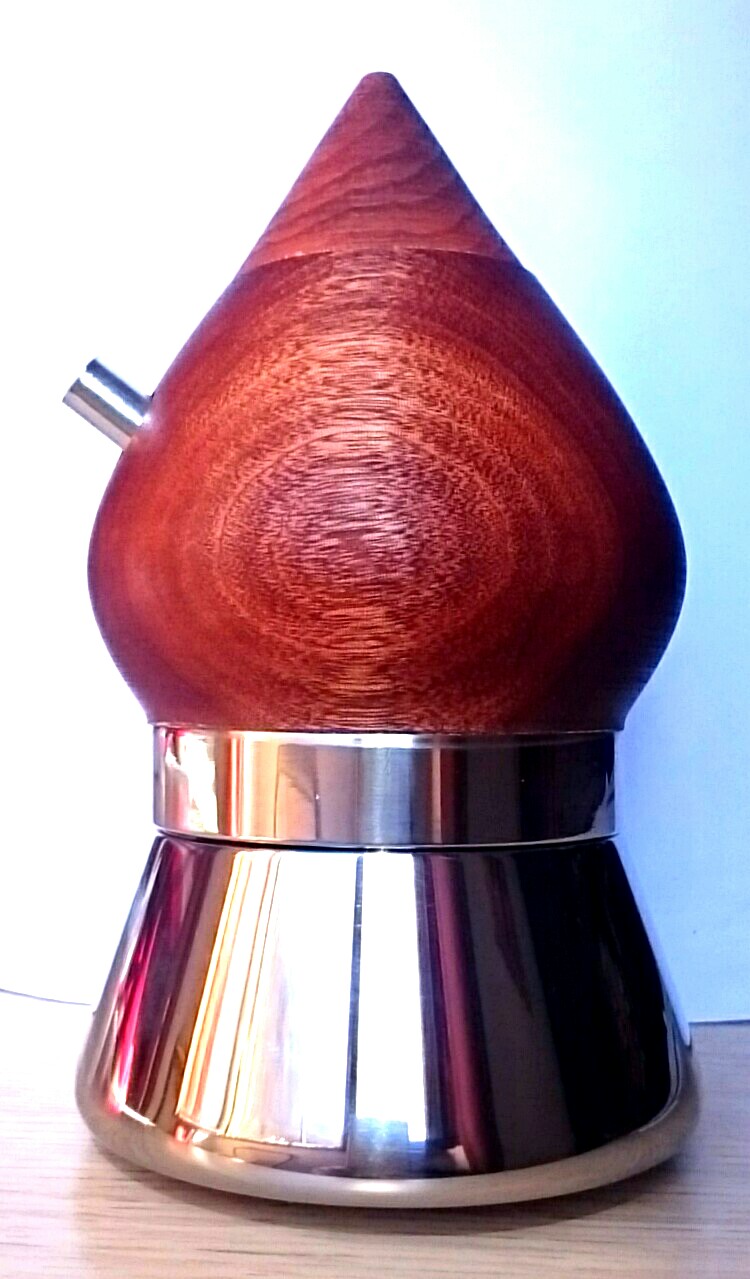 Cap and collector are made from logs handworked by turning machine. The good news is that 100% of scrap material can be reused to make other engineered-wood products 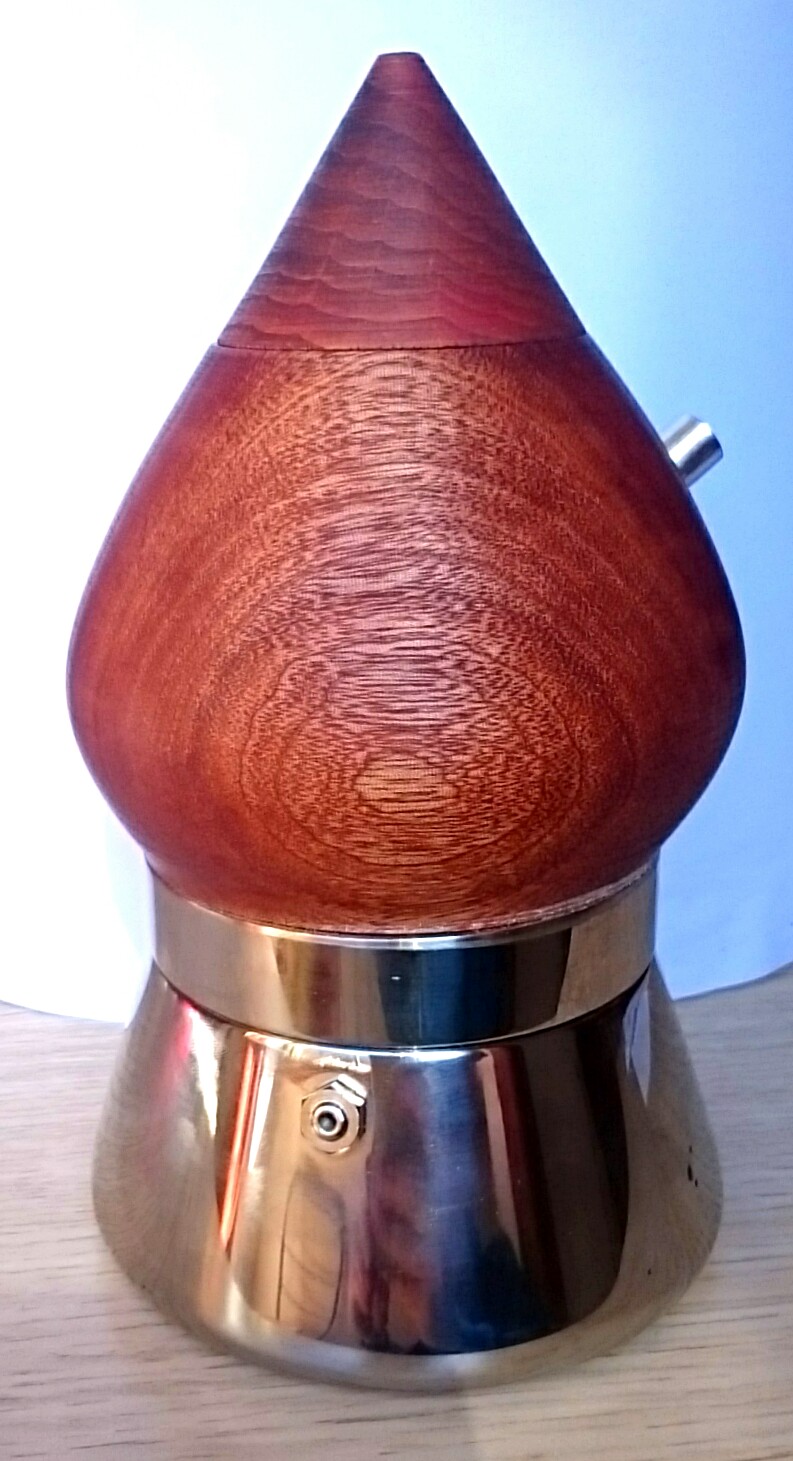 Back to basics! Only stainless steel and solid wood (not pressed with glue) take part in this project.

Bearing in mind how simple and natural these materials are, I came up with a clean design: a pure ogival shape. This is why I named it Zenith! It’s basically an arrow tip pointing at the sky above the observer. 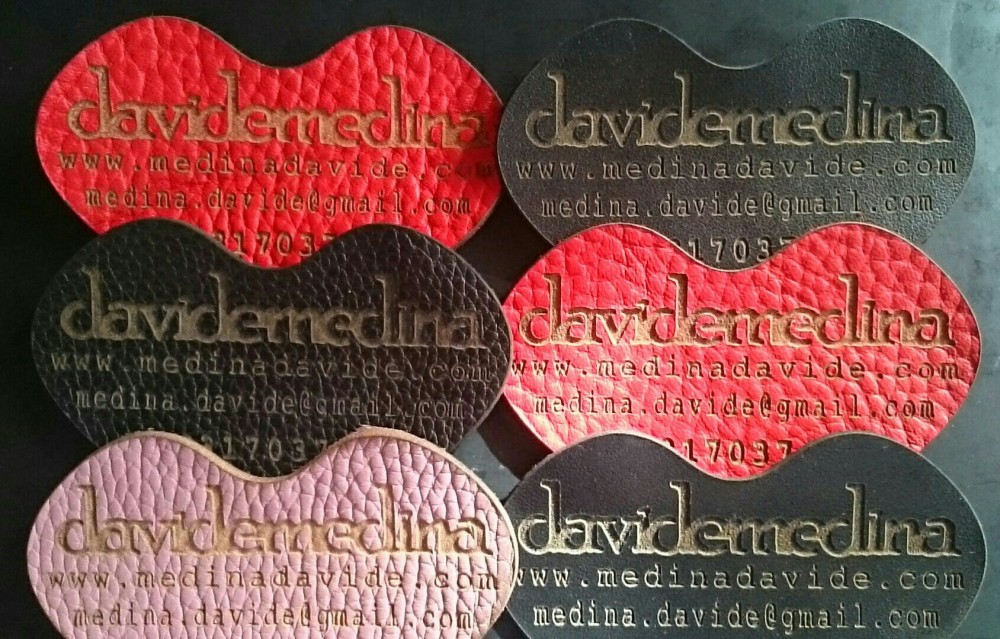 Nowadays we’re online about 24/7, contacting people has never been so easy since everybody leaves traces like his name and email on social networking sites, blogs and e-commerce websites, nonetheless, a business card is a must for a professionals attending meetings and symposiums. Unless you’re the president you definitely need one, giving a business card is an old fashioned, elegant way to share only the salient information about yourself implying you would appreciate to keep in contact with the receiver, a specific person, not the others. Considering this major premise valid for several categories, designers should take another step forward and do something more creative than a plain white paper with a name on, something that can speak in favor of their ability. I know you all love minimalism but in a world of minimalists it’s better to be outstanding. That’s why I made this genuine Tuscany leather business cards featuring my heart/lips distinctive shape.

What’s better than a stylish edgy bag? The same bag with customer’s name on. The one in the video is a special one-of-a-kind clutch made for a young Newyorker, a true, proud fashionista! It’s a unique clutchbag with owner’s name embossed on the back (putting…

Sometimes a single word explains perfectly the difference between two countries and their people. Consider the phrase “I need closure”, it could be said after splitting up with the partner, at the end of a friendship or after being fired at work. It’s an American idiom that doesn’t make sense if translated in Italian and even trying to find similar words, it’s improbable to sum it up in a sentence that properly convey the meaning without writing a 2 volumes pamphlet. It’s one of those concepts lost in translation, but not because Italian language lacks of expressions, just because in the boot-shaped country nothing comes to real closure, Italy tends to confuse closure with perpetual postponing. The Americans are pragmatic and resolute in every aspect of life: in the US something starts when something else has already come to an end and this happens in love, career, urban development, politics, etcetera. Italy is intrinsically much slower (as a society) in embracing changes and even in the rare case in which something actually changes, the past fights for a long time not to be dumped by the future. The point is that in the US innovation is considered exciting and exploring unknown possibilities is a chance for improvement (and to make money) while the Latin country sees the idea of moving on and leave an old path as scary at least. That’s probably why only in Italy it’s possible to meet 3 married generations of a family (the rest of the world calls them 3 families) living on different floors of the same house, because you know.. it is rude to leave momma and poppa before they die.

Let’s talk about politics, shall we? In the past 30 years America has seen Bush senior, junior (oh god..), Clinton, Obama while Italy is still stuck with the highlander Berlusconi and his never-ending saga. Believed to be immortal (unlikely to die, if he ever will don’t worry, after 3 days resurrection will occur) this skilled master is still moving the puppets from a safe hidden position.

When it comes to love, closure -for the average Italian man- represents a farraginous 2-year process implying several ‘are you sure’ and thousands of ‘can we still see each other’ so basically it’s not closure at all.

Talking about industry let’s just say that FIAT CEO Sergio Marchionne, the Italian leading automotive businessman, thinks hybrid and full electric vehicles are not going to make it. Sergio.. seriously, they made it in America where gas is 3 times cheaper, c’mon!

So, the meaning of ‘closure’ is crystal clear for a Newyorker: it means ground zero, start over, no regrets, let’s make it bigger and better, brand new. On the other side of Atlantic, closure is much like a forced blend of a hopeless future with a strong immutable past, but then again, with such a great ancient history behind and such a non-existent future ahead no wonder ‘closure’ is a scary word in the bel paese.